Lessons I Learned From
Our First Kidding Season, Part 1 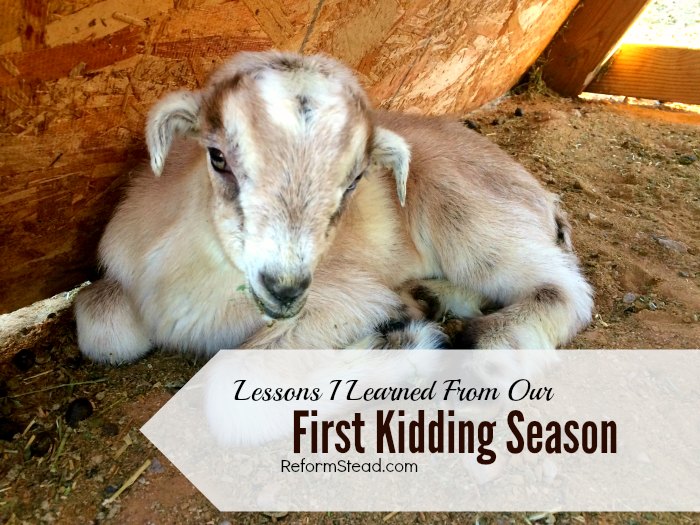 Our first goat kidding season was full of new challenges I was not expecting.

Those crazy, long, never-been-so-tired-in-my-life days or even months, really put you to the test.

Do I have what it takes to be a homesteader?

Do I still love homesteading?

I did lots of reading up on taking care of baby goats...and the kidding process.

Disclosure: Some of the links on this page may be affiliate links, meaning I may get a small commission if you make a purchase. Read the full disclosure here.

But something I wasn’t expecting happened instead.

We had our goats freshened in December of 2014. Counting from then, the expected kidding month was May 2015. A month I won’t forget!

I am glad, writing this almost a year later, for taking thorough quick notes in my phone. Pretty much every night before bed, during those few months. Now I am so glad to get to share it with y'all.

Our goat Yeller kidded first. This was our first time to have goats kidding, and this was also her first time kidding. So I wasn’t the only newbie. ;-)

I woke up on a nice Sunday May morning in 2015 and found three mostly-dry kids. I didn’t see them at first. All seemed normal till I caught sight of the backside of their mother. Which gave away... something must be up.

I found them laying in some shade nearby. Laying there looking so cute.

They all looked fine.

It wasn’t long before my whole family of eight, heard about it and came out for the sight.  I told a few siblings...and that’s all it took.  Big news doesn’t waste any time traveling. :-)

Things Get A Little Complicated

I went into the house for something quick. And one of my siblings ran in, telling me their mom was hurting them.

I ran out and found my dad in their pen, holding the mom away from the kids. She was trying to toss her new kids around with her horns! We were trying to make them work together, hoping she would be nice to them.

We didn’t know what else to do.

But it was hopeless. She would walk up to them seeming to be nice, and all of the sudden ram them with her horns.

We got the kids out of there right away. We fixed up a separate pen for them and moved them away from their mother.

But now we had to feed them. And Sunday morning too.

We didn’t have a bottle... Mistake on our part!

So I got a dropper and tried to get some of the colostrum in them. I thought at the time it was working. (But looking back, it wasn’t working).

My family went to church while my mom and I stayed home with them.

About lunch time, I noticed they were getting weak. So I knew I had to do something, and fast.

So I made a makeshift bottle.

No laughing here. ;-) I was desperate! 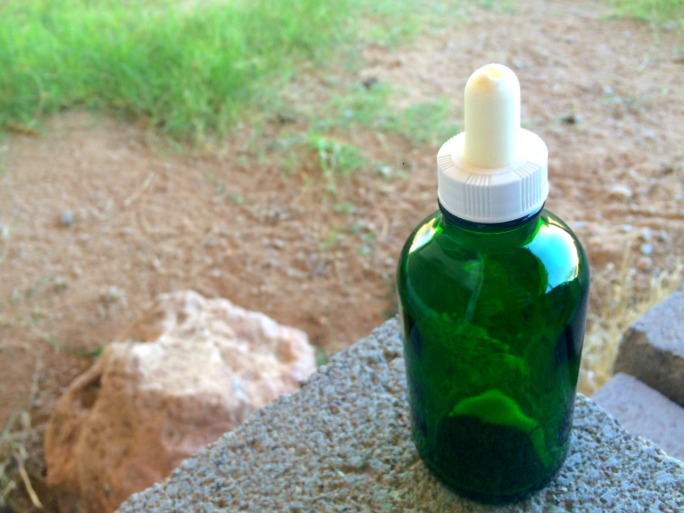 DIY bottle I made to feed the kids with. I took out the glass straw and cut a hole in the top of the rubber lid.

I took a used clean stevia bottle with a rubber lid. I took the dropper straw out and cut a hole in the top of the rubber lid.

I then warmed up some of the colostrum and put it in the bottle, and headed out.

I picked up one of them and tried to get some of it in him. I had to force him to start but eventually he got the idea. I did the same with all three (filling up the small bottle many times for each of them). They seemed satisfied and slept well afterwords.

My dad and siblings came home from church with a few bottles so I could feed them faster.

They also talked to a friend while at church. He said they had problems with one of their goats. They tied the mama goat up to let the kids nurse. Head, feet and all. :-)

I was trying to avoid bottle feeding at all costs. So I tried tying the goat to a fence. I tied her head and sometimes her feet so she couldn’t stamp on them. 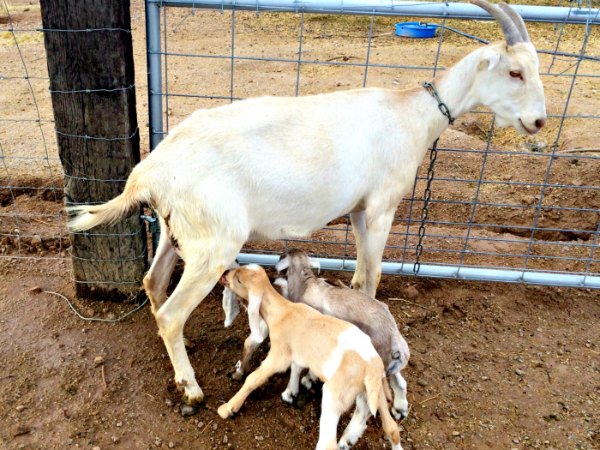 Yeller "forced" to nurse her kids.

I at first had to train the kids where the milk was. But afterwords they got on fine.

After they nursed I tried letting them play around their mom. But, although seeming nice at first she would always go after them and hurt them with her horns. :-(

For the first few days I tied her up three times a day and let them nurse. Then I went down to two times a day later in the week.

We were getting into a schedule. I was pretty tired, but we had a schedule.

There was more to come. I had more trouble with her, and two more goats left to kid! 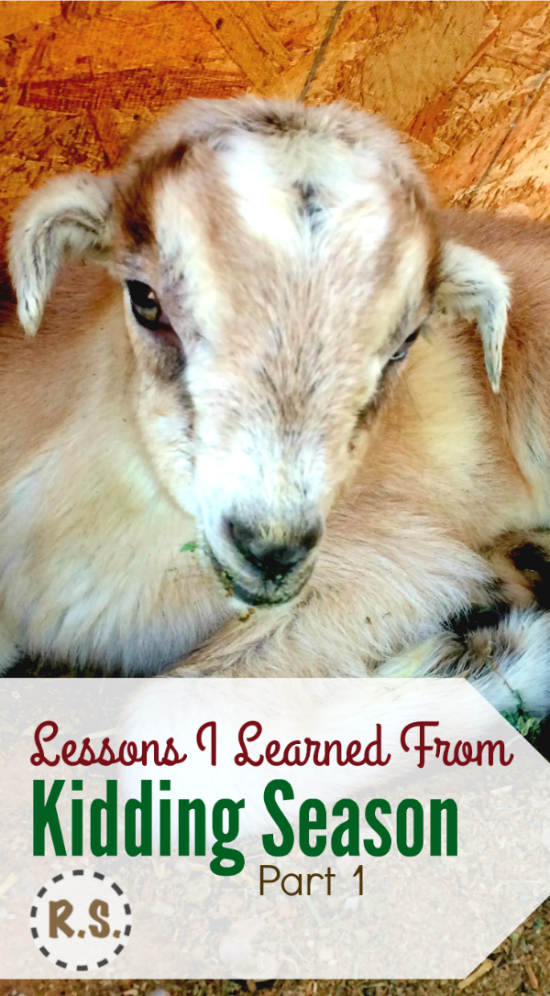 Sometimes that's just a part of the homesteading life.

Links on this page may be affiliate links, so I may get a small commission if you make a purchase. Thank you for supporting this blog! 🤗 Read the full disclosure here.

Hey there! I'm Julia. I live in Arizona on 2.5 acres, with HOT summers☀️, lots of cacti🌵 and amazing sunsets🌅! A sinner saved by grace, I'm also a homeschool graduate🎓. The oldest of six, I live with my family at home🏡. Serving the King, Jesus Christ, above all is my number one goal. Read more -->

A growing library of now over 30 free printables and cheat-sheets for the homesteader. . . & it's always growing! 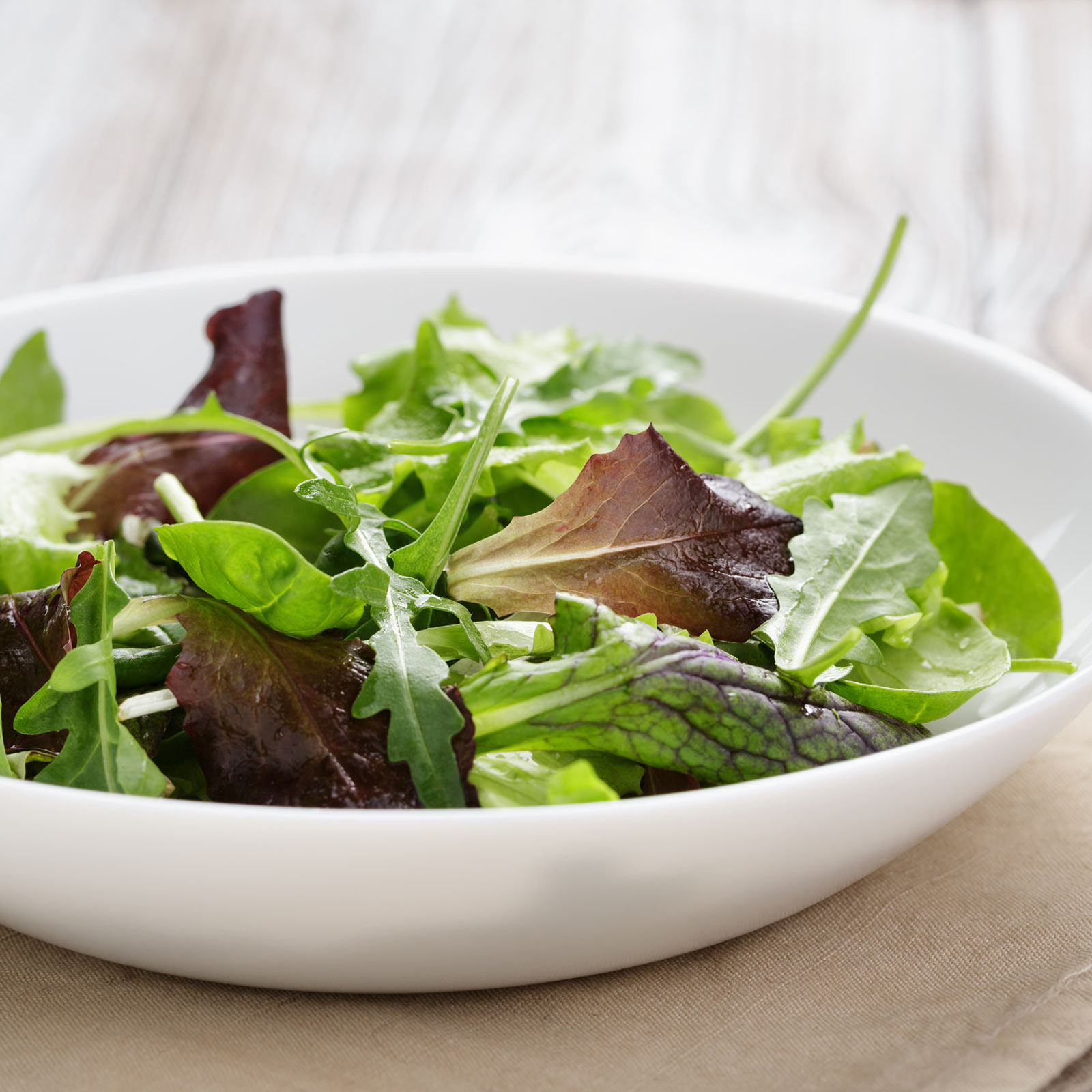 Only takes 35 to 75 days from ground to plate. A wonderful collection of greens of diff... [More]

Start your own Mexican Salsa garden seeds indoors and get a jump on the growing season.... [More] 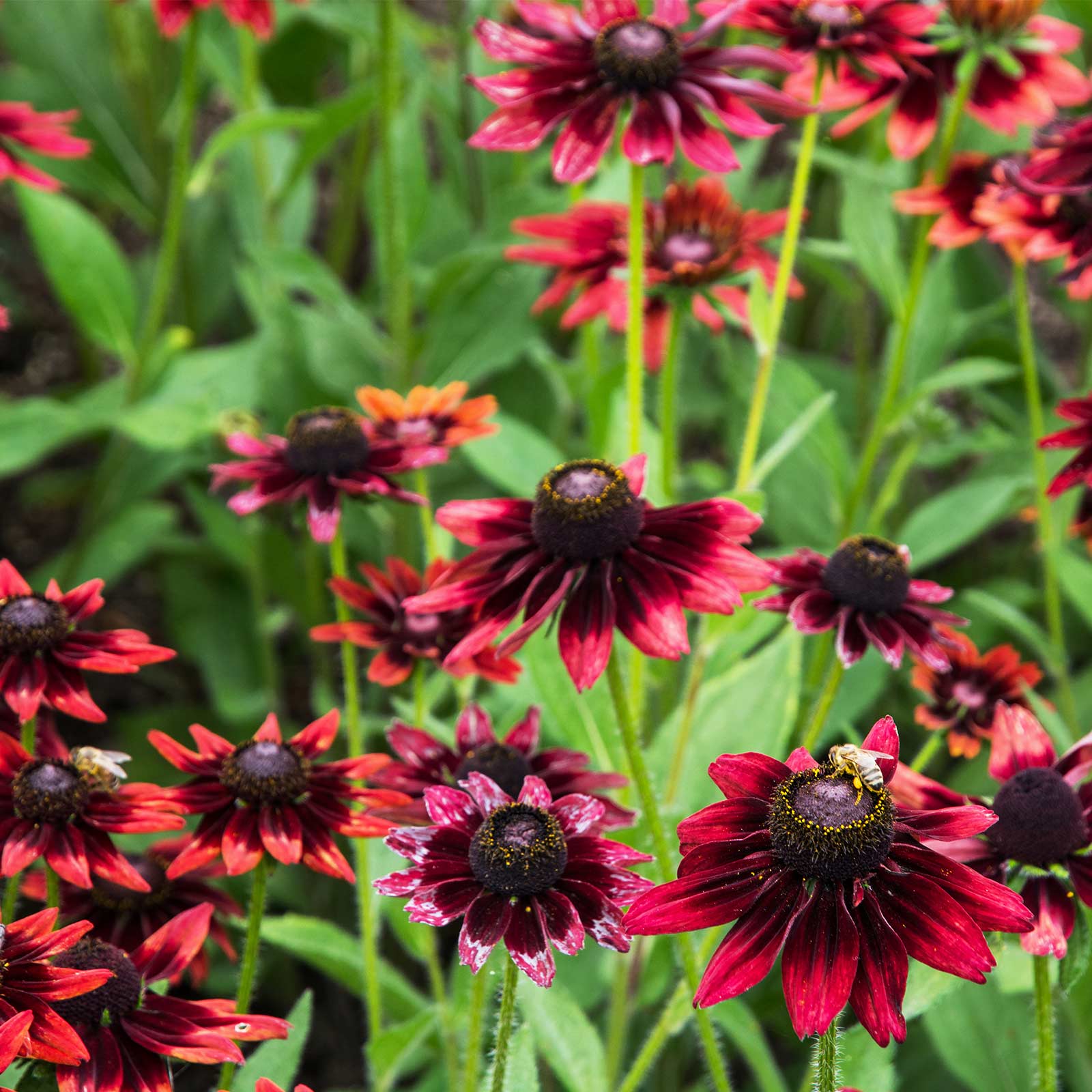 Hey there! I'm Julia. I live in Arizona on 2.5 acres, with HOT summers☀️, lots of cacti🌵 and amazing sunsets🌅! A sinner saved by grace, I'm also a homeschool graduate🎓. The oldest of six, I live with my family at home🏡. Serving the King, Jesus Christ, above all is my number one goal.

A growing library of 40+ free printables and cheat-sheets for the homesteader. . . & it's always growing! 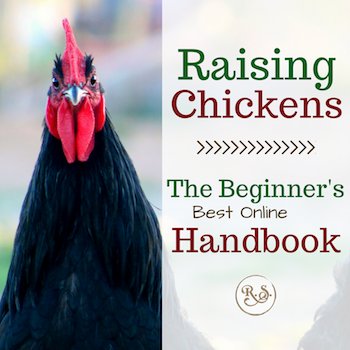 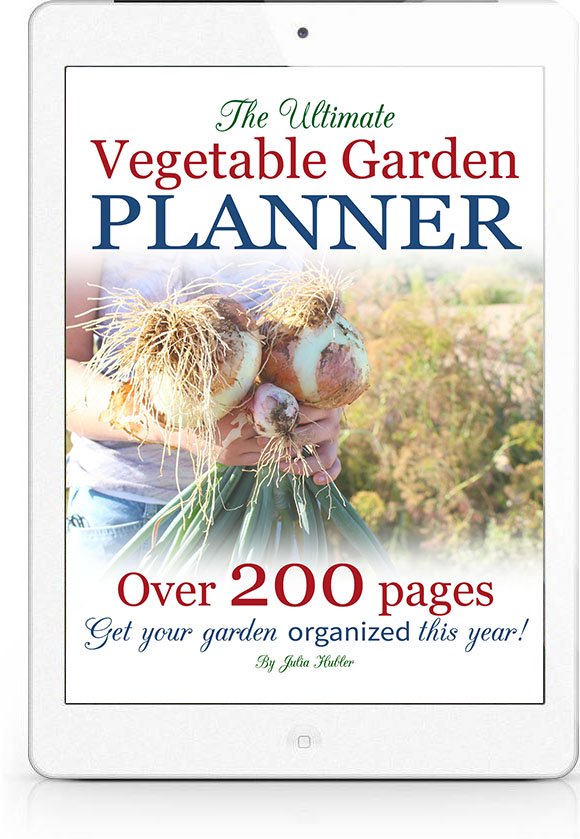 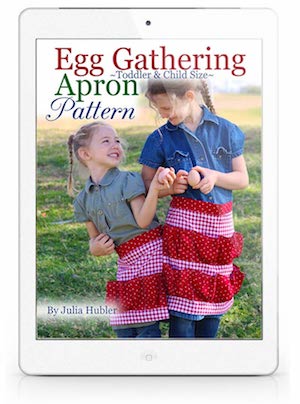 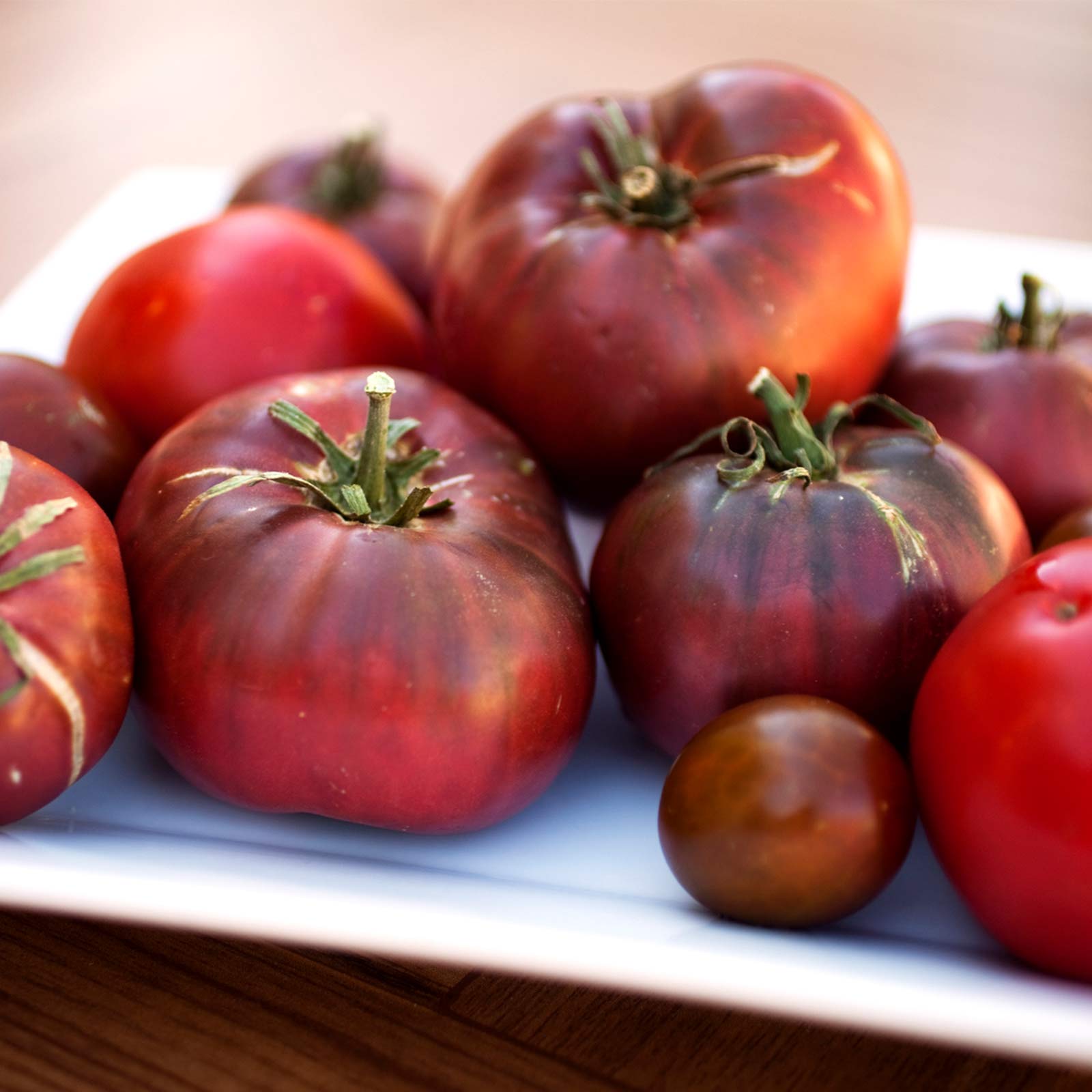 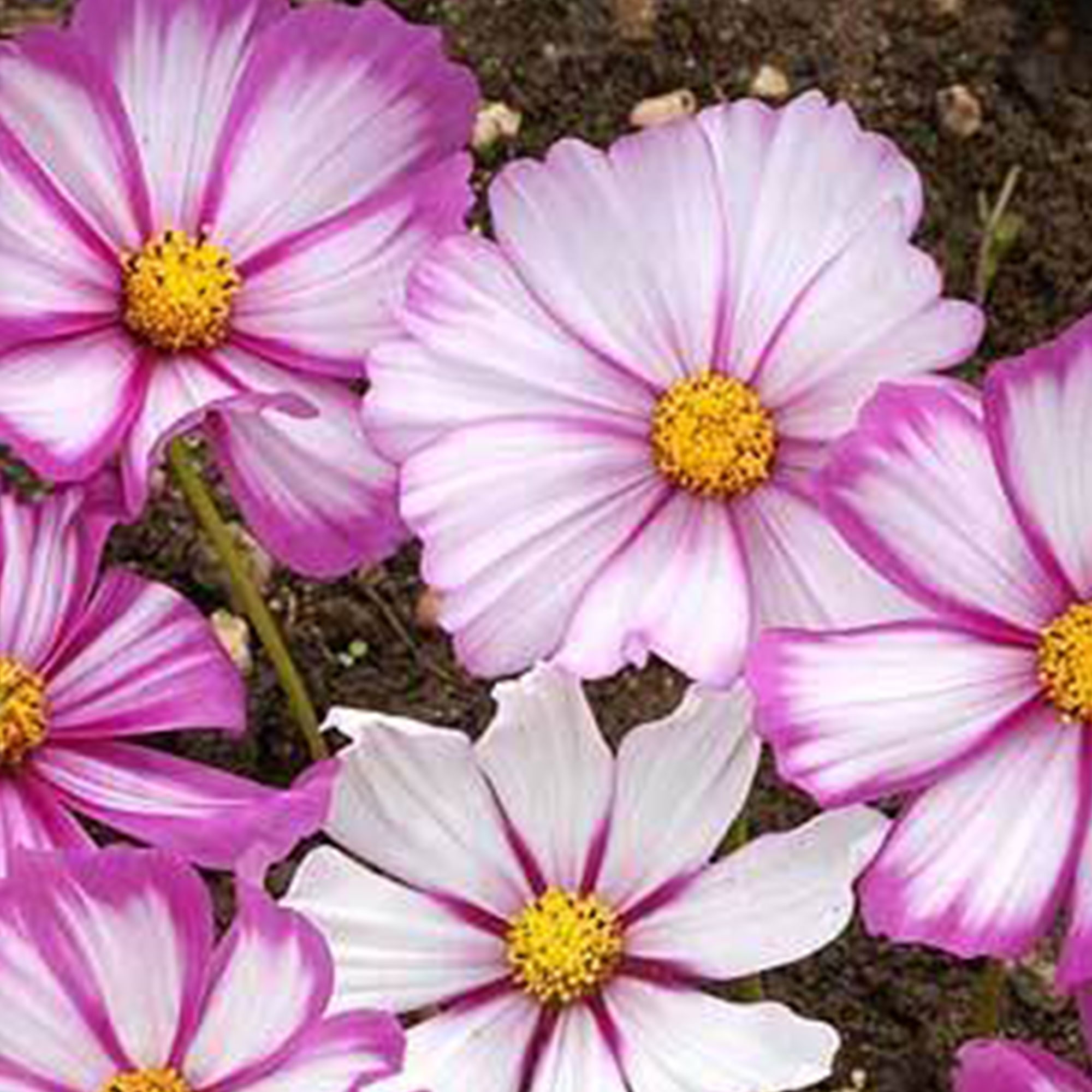 Who wouldn\'t love Candystripe? Stunning colors on one of the easiest of all flowers to... [More] 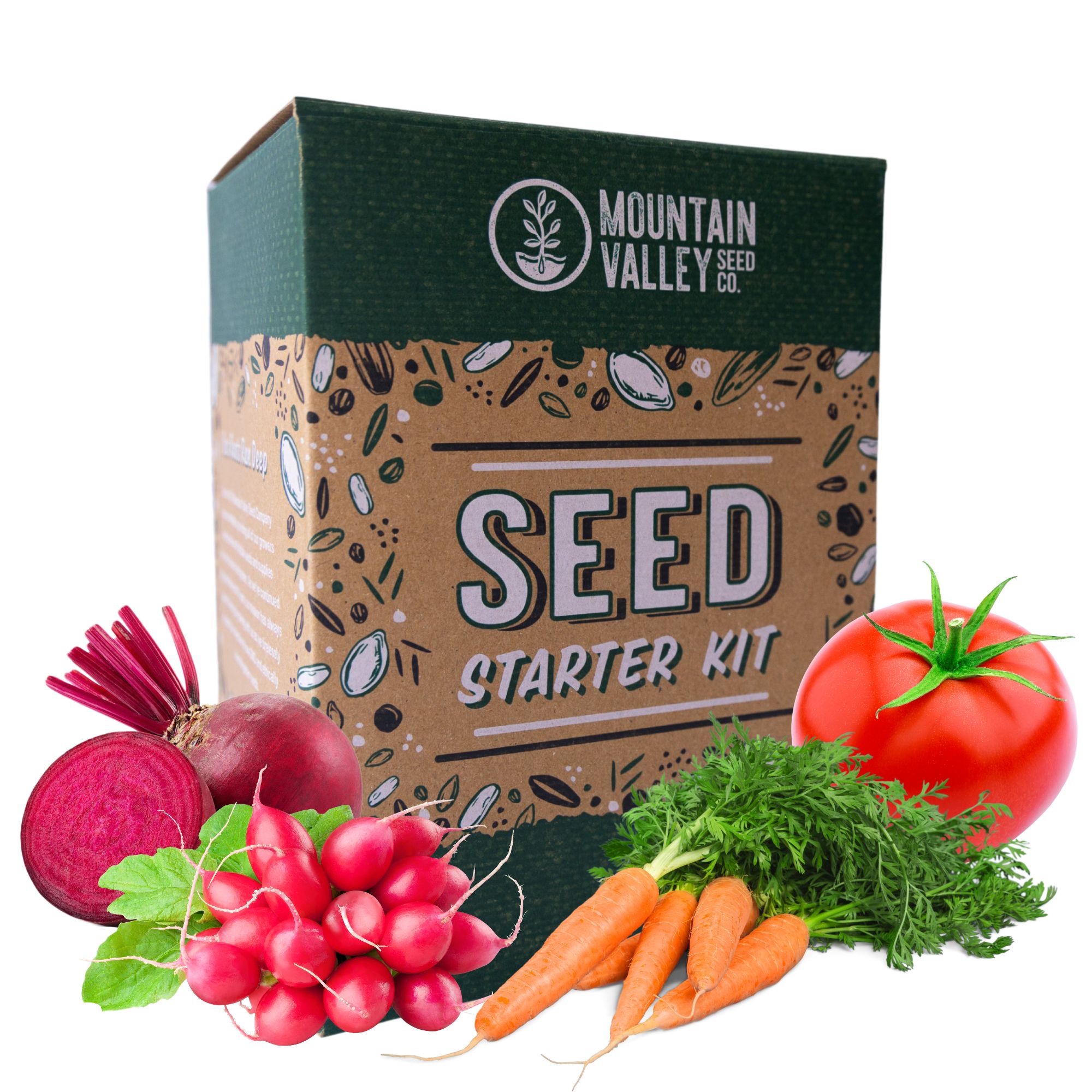 Start your own salad garden seeds indoors and get a jump on the growing season. Also pe... [More]